Hello from Brussels. There’s a summit of EU heads of government here this week. It’s going to hold a strategic discussion on EU trade policy in general but seems more likely to be dominated by issues of the rule of law in central and eastern Europe. There will, however, also no doubt be further chewing over of the gristle-filled issue of transatlantic relations. France has continued to make the argument for more European autonomy in the production of goods such as semiconductors while insisting this is not a threat to the EU-US relationship. Hmmm.

Today’s main piece is what trade policy can and should be doing about climate change, while Charted waters looks into the slowdown in Chinese growth.

Getting globalisation to turn green

For once, the “most pressing issue of our generation” description is probably right, and also for the generation before, had enough people been paying attention, and generations following. It’s hard to think of anything that will in retrospect seem as important as climate change and the world’s abject failure, so far, to stop it.

As far as trade and trade policy are concerned, the debate tends to fall down pre-determined lines on issues such as long-distance shipping. Those who didn’t like globalisation anyway say that it’s carbon-intensive because of the fuel used in transport. Those who were instinctively in favour say that transport is a small part of carbon emissions for traded goods, and that trade helps disseminate carbon-light technology. We at Trade Secrets tend towards the latter view, while of course always letting our view in any given sector or product be determined by the data. On that subject we’d very happily jettison the deeply misleading and unhelpful concept of “food miles” somewhere over the ocean and watch it sink.

In theory, you don’t really need a trade policy approach to carbon emissions, at least as far as trade in goods is concerned. You simply price emissions for production and transport effectively and uniformly and then let market forces work. Easy. Problem solved. World Trade Organization director-general Ngozi Okonjo-Iweala, one of the world’s 100 most influential people, according to Prince Harry and Meghan, says so. Next?

In practice that’s obviously not the case, and it’s a bit dispiriting that the head of the WTO has moved so quickly to the stage of calling for other people to do impossible things because the possible ones are improbably difficult. As the EU is demonstrating as it develops and implements its carbon border adjustment mechanism (CBAM), not only is there not one carbon price, but even working out what a country’s implicit emissions price is will be a very difficult exercise.

So what can trade policy do? Bilaterally, the EU in particular has been loading up its deals with environmental conditions with increasing degrees of bite. But it’s distinctly unclear whether that actually changes behaviour in partner countries, and apart from instituting a rule that they have to sign up to the Paris agreement, it’s hard to write in detailed and binding commitments on carbon emissions. The EU is still working out its somewhat conflicted views on the issue. The ratification of its deal with Mercosur is on hold until Brussels can work out a side agreement with Brazil about Amazonian deforestation, but the EU so far failed even to make a proposal.

A commentary from the Chatham House think-tank looks at how trade ministers are addressing climate change in multilateral forums (usual disclaimer: today’s Trade Secrets author is an associate fellow at Chatham House and attended a seminar on the paper from which this commentary is drawn, but is not responsible for it). The conclusion: not very well. There’s hardly any systematic way in which trade policy, whether in the WTO or the UN, is systematically organised to deal with climate change, and the paper calls for some ministerial structure to be created to address the issues.

In the meantime, the usual progressives are doing their usual progressive thing and hoping that the rest of the world joins in. New Zealand is pushing for a joint ministerial statement on phasing out fossil fuel subsidies at the WTO ministerial in late November/early December. It has already put together a deal with a small group of like-minded countries aiming to end fossil fuel subsidies and ensure free trade in goods that benefit environmental sustainability.

The problem with these kind of initiatives, though, is that they don’t have the kind of reciprocal benefits that would persuade a reluctant carbon-pricer to sign on. They’re basically a way for countries that have already decided to do something to bind themselves in to doing it. That’s not nothing, but it’s not a lever that’s going to induce big subsidisers to stop the money flowing. A past attempt at a more traditional reciprocal trade deal, on environmentally friendly goods, failed a few years ago amid the usual claim and counterclaim of mercantilism masquerading as greenery. There’s probably more work being done on fossil fuel subsidies at the OECD than at the WTO.

We don’t have very cheering news. Multilateral trade governance in general and the WTO in particular — US trade representative Katherine Tai said nothing encouraging, in fact nothing substantive at all, when she spoke there last week — doesn’t seem robust enough to burden with another big issue. Sabine Weyand, head of the European Commission’s trade directorate, made a rather more judicious and tactful version of our downbeat argument in The Economist last week, saying there’s a clear limit to what trade policy can do about climate change, particularly when governments act on their own.

We’ll keep watching, but it seems more likely that any substantive collective efforts to deal with greenhouse gas emissions and climate change will come from other policy forums than trade.

The big global economy news today is that China’s GDP growth slipped to 4.9 per cent year-on-year during the third quarter. At least some of the blame lies with troubles at the world’s most indebted property developer, Evergrande. However, as the second of the two charts below shows, another big factor has been the fall in industrial production.

The reason for this is that Covid-19 outbreaks and power shortages have closed factories, weighing on trade in the process. While some economists are optimistic that industrial output will pick up in the coming months, the threat of a property crash is expected to continue to weigh on people’s spending. Claire Jones

Two of the great brains of the trade world, Chad Bown and Douglas Irwin, set out in the New York Times what an intelligent industrial policy for managing supply chains would look like.

As supply chains shift to south-east Asia, Japan is preparing to unveil (Nikkei, $) a framework at COP26 to help Asean countries track industry greenhouse gas emissions. China’s application to join CPTPP, meanwhile, is a win for Beijing regardless of the outcome, either gaining trade concessions or disrupting the unity of member states, writes Nikkei’s Bangkok bureau chief ($).

Here’s a couple of podcasts that are worth your time. Bloomberg’s Odd Lots has interviewed Flexport’s Phil Levy again on supply chain woes. The latest episode of the excellent Trade Talks landed last week, delving into how the US handled its shortage of PPE during the early months of the pandemic. Alan Beattie, Francesca Regalado and Claire Jones 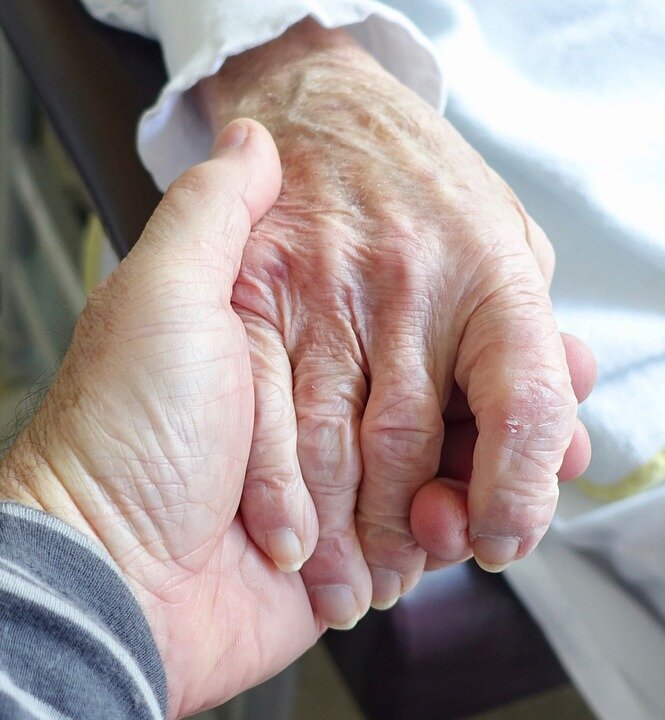 Woman, 21, could be jailed after posing in lingerie with church in background
3 mins ago

Woman, 21, could be jailed after posing in lingerie with church in background