The stock market strengthened in afternoon trading, leaving the major indexes at session highs and the Nasdaq composite at another record high.

Technology Select Sector SPDR ETF (XLK) rose 0.5%, which helped the Nasdaq. But it was defensive sectors — namely utilities and real estate — that led the stock market. Those sectors rose more than 1% in Wednesday’s stock market.

Energy was the poorest sector, down more than 1%. The price of U.S. crude oil erased losses and was flat at $68.50 a barrel. Crude stockpiles fell by 7.2 million barrels over the past reported week to 425.4 million barrels, the Energy Information Agency said. The inventory levels were higher than expected. Oil prices remained soft after the inventory report. Near midday, news broke that major oil producing countries agreed to keep their production increases as planned.

The Dow Jones Industrial Average erased earlier losses and was up 0.1%. Salesforce.com (CRM) is headed for a new closing high and a close above a 271.02 buy point.

Small caps Up 0.8% In Stock Market

Apple (AAPL) reduced its gain to 1.2% and continues rising from a pullback to the 10-week moving average. The Wall Street Journal reported that Apple is developing new features for its Apple Watch that include a warning when users’ blood pressure is increasing and a thermometer to help with fertility planning.

The Russell 2000 resumed its rebound and was up 0.8% in afternoon quotes.

PVH (PVH) broke out of a cup-with-handle base in heavy trading. Shares are in buy range from the 116.79 buy point. Late Tuesday, the parent company of the Tommy Hilfiger and Calvin Klein apparel brands beat profit and sales expectations for the July-ended quarter and raised its full-year outlook. Revenue in international businesses topped the 2019 pre-pandemic levels.

M/I Homes (MHO) rose above the 67.78 buy point of another cup-with-handle. Volume was more than five times its average, but there was no news on the company. The homebuilding industry group rose from No. 100 six weeks ago to 45 in the latest ranking.

Mercado Libre (MELI) rose above the 1,899.43 buy point of a cup-with-handle, but it was an unconvincing move. Shares rose 2% in volume running only about 5% above average levels so far.

Innovator IBD 50 ETF (FFTY) handled itself with a 0.7% gain, after rallying more than 8% last month. Much of its strength lies in a few IPO stocks that are heating up. DLocal (DLO) soared 11% early on and pared its gain to 7.5%. Monday.com (MNDY) jumped nearly 7% and is on pace for a fresh closing high. Global-e Online (GLBE) rose 3%, also on track for a closing high.

And Cloudflare (NET) added 5.5% to a new high. Volume in the security software firm was running double its average in afternoon trading.

Atkore (ATKR) fell back near its 90.18 buy point, the second time it tests the entry in the past two weeks. The first time, Atkore fell just over 7% from the buy point, but shares rebounded. With the construction products stock hesitating, investors can probably find better alternatives.

The seasonally adjusted IHS Markit U.S. Manufacturing Purchasing Managers’ Index (PMI) was revised to 61.1 in August. That’s down from 63.4 in July, and a hair lower than the earlier “flash” estimate of 61.2. “The latest improvement in operating conditions was the softest for four months, but nonetheless among the strongest seen in the over 14-year series history,” IHS Markit said. 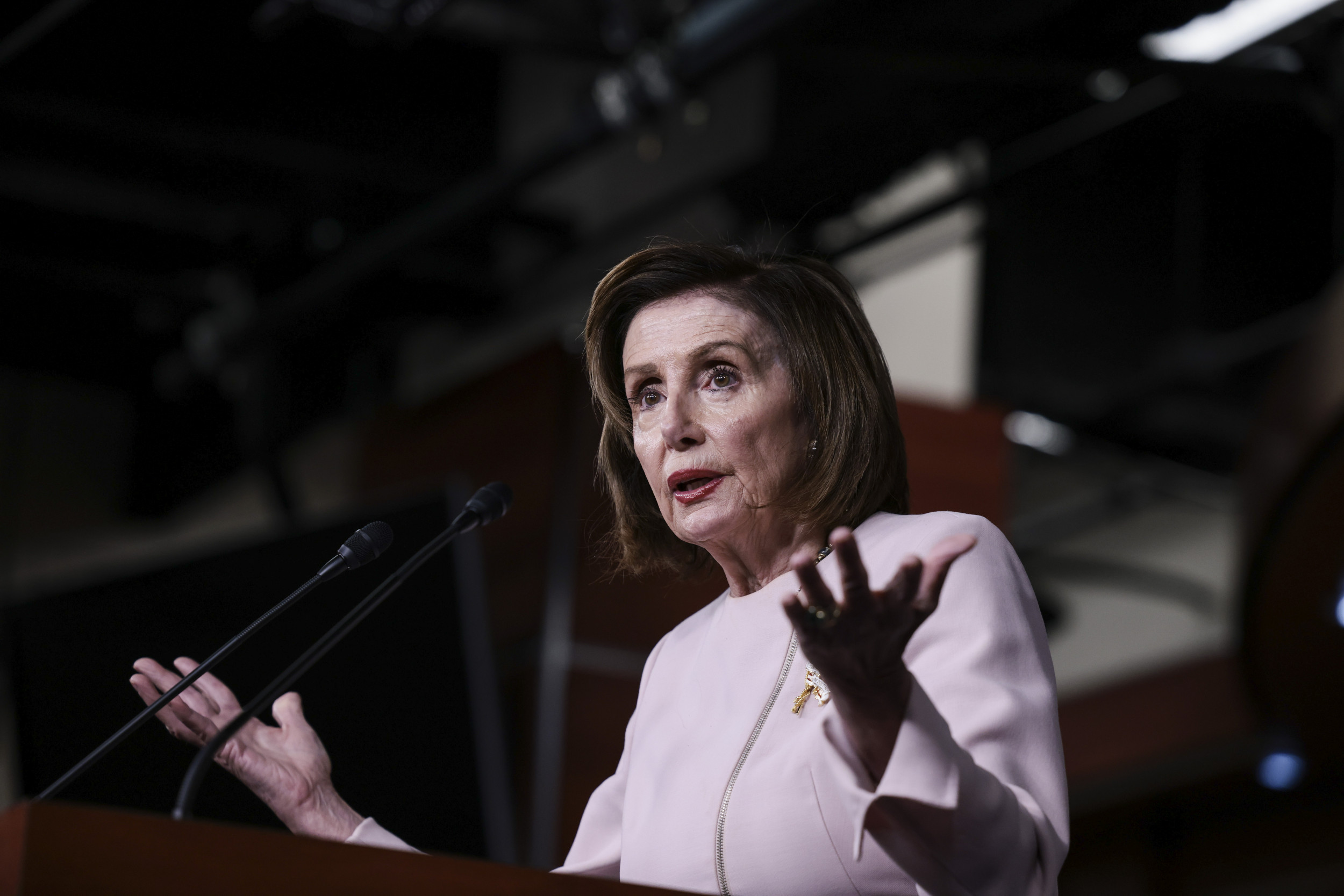 Nancy Pelosi: Democrats “pretty much there” in budget deal as Biden meets with Joe Manchin
3 mins ago

Nancy Pelosi: Democrats “pretty much there” in budget deal as Biden meets with Joe Manchin