Dow Jones futures and S&P 500 futures defended fractional gains, as the Federal Open Market Committee prepared to swing into its two-day meeting this morning. Nasdaq 100 futures slipped into the red on the stock market today. China’s Trip.com (TCOM) topped the index, up 0.6%. Fastenal (FAST) traded at the bottom of the list, down 3.7% after an analyst downgrade.

Healthcare REIT Welltower (WELL) perked up 1.3%, enough to lead the S&P 500 after Raymond James upgraded the stock to strong buy, with a 92 price target. Wolfe Research initiated coverage at outperform with a 94 target. Welltower shares ended Monday near the top of a buy range above a flat-base buy point at 77.64.

Devon Energy (DVN) led the early gains among gas and oil stocks, which held seven of the top 10 largest gains among S&P 500 issues.

Steelmaker Cleveland Cliffs (CLF) jetted 2.2% higher after raising its second-quarter earnings guidance. The stock is extended after an April breakout, and a June rebound from 10-week support.

Small caps ran slightly warmer than the overall market, with Russell 2000 futures up 0.2%. Among the Russell 2000 stocks, Spirit Airlines (SAVE) rallied 2.9% after reporting positive second-quarter load data and operating expenses late Monday. Citi upgraded the stock to buy, and set its price target at 42.

Automotive components maker Mayville Engineering (MEC) spiked 7%. The stock — which has a 78 Composite Rating from IBD — is extended from a breakout in May, and up 39% since Dec. 31.

Boeing (BA) topped the Dow Jones today, rising 0.6%, as the U.S. and European Union reached an agreement regarding government subsidies to Boeing and to Airbus (EADSY).

Although significantly beaten down from its 2019 highs, Boeing stock has rebounded briskly since November. The stock has formed a solid cup-with-handle base pattern, with the handle sitting nicely on support at the stock’s 50-day moving average.

The buy point is at 258.50. Boeing’s technical and fundamental metrics remain very weak, with a relative strength rating of 45, and an IBD Composite Rating of 32.

Retail sales slipped 1.3% in May, the Commerce Department reported, down from a 0.9% rise in April. Economists had projected a 0.5% dip. Minus vehicles and gas sales declined 0.8%, vs. April’s 0.1% increase and compared with views for a 0.2% gain.

Prices paid to producers increased 0.8% month-over-month in May, Labor Department data showed, and were up 6.6% over year-ago levels. That was an acceleration from April’s 0.6%/6.2% gain. Projections had called for a monthly gain of 0.5% and a year-over-year rise of 6.5%.

The New York Federal Reserve’s Empire State Manufacturing Survey dropped to 17.4 for June, down sharply from May’s 24.3 reading, and well below expectations for a downtick to 22.5. New orders, shipments and employment levels all made slight gains, the report said, but “delivery times lengthened at a record-setting pace, and inventories edged lower.”

Bitcoin gained 2%, trading above $40,300, according to CoinDesk. In oil prices, West Texas Intermediate crude gained more than 1%, trading just below $62 a barrel. The 10-year yield held steady above 1.50%, after a nice rebound on Monday.

IBD Leaderboard stock Adobe (ADBE) broke out past 525.54 buy point on Thursday. Shares climbed out of that buy range Monday, but remained in a buy range above an alternate buy point of 536.98 in a 41-week consolidation period.

IBD 50 stock Freedom Holding (FRHC) rallied 4.6% before the open. The Kazakhstan-based provider of brokerage services to clients in Central Asia, Europe and the U.S. ended Monday in a buy range, above a double-bottom base buy point at 58.20. The buy zone extends to 61.11.

But although the S&P 500 and Dow had easily outpaced the Nasdaq so far this year, as IBD’s Big Picture on Monday pointed out, circumstances may be beginning to change.

The S&P 500 is sitting on a three-week advance, and up 1.2% since the start of June. The Dow has slipped in three of five recent weeks, and has slipped 0.4% so far in June.

Meanwhile, the Nasdaq Composite has logged a brisk four-week rally, rising 9% from a mid-May low and climbing 3.1% so far in June.

Over the past four weeks, however, solar stocks have posted the largest gain among the 197 industry groups tracked by IBD: up 19.6%. Computer database stocks are next in line with a 19% advance. Medical software and fabless chipmakers are also among the top advancers since the Nasdaq started its rebound.

There have been some distortions within those gains. Meme stock traders have pressured some specific stocks, which have influenced some industry group performances. The breakdown of White House/GOP infrastructure talks tripped a sharp fall off in many heavy construction, equipment and mining names. A change in news tone regarding those negotiations could quickly alter market circumstances.

The same is true of a shift in strategy at the Federal Reserve, a question likely to be answered at least in the short term on Wednesday afternoon.

All of these factors are superimposed over the market’s complex backdrop of supply chains and market demand working to recover from the past year’s pandemic gut punch. That makes this market much more difficult to read than usual, and it underscores the importance of minding the market’s current direction — the all important ‘M’ in the CAN SLIM trading stratagem. 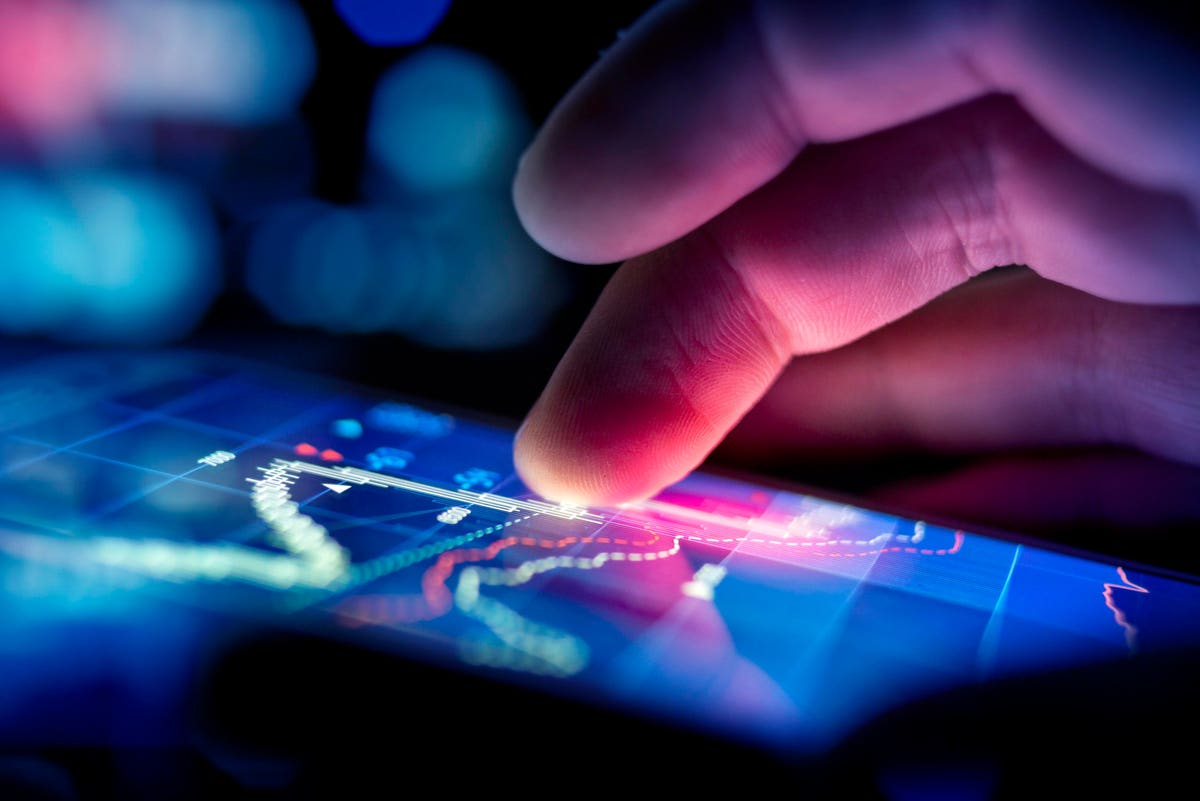 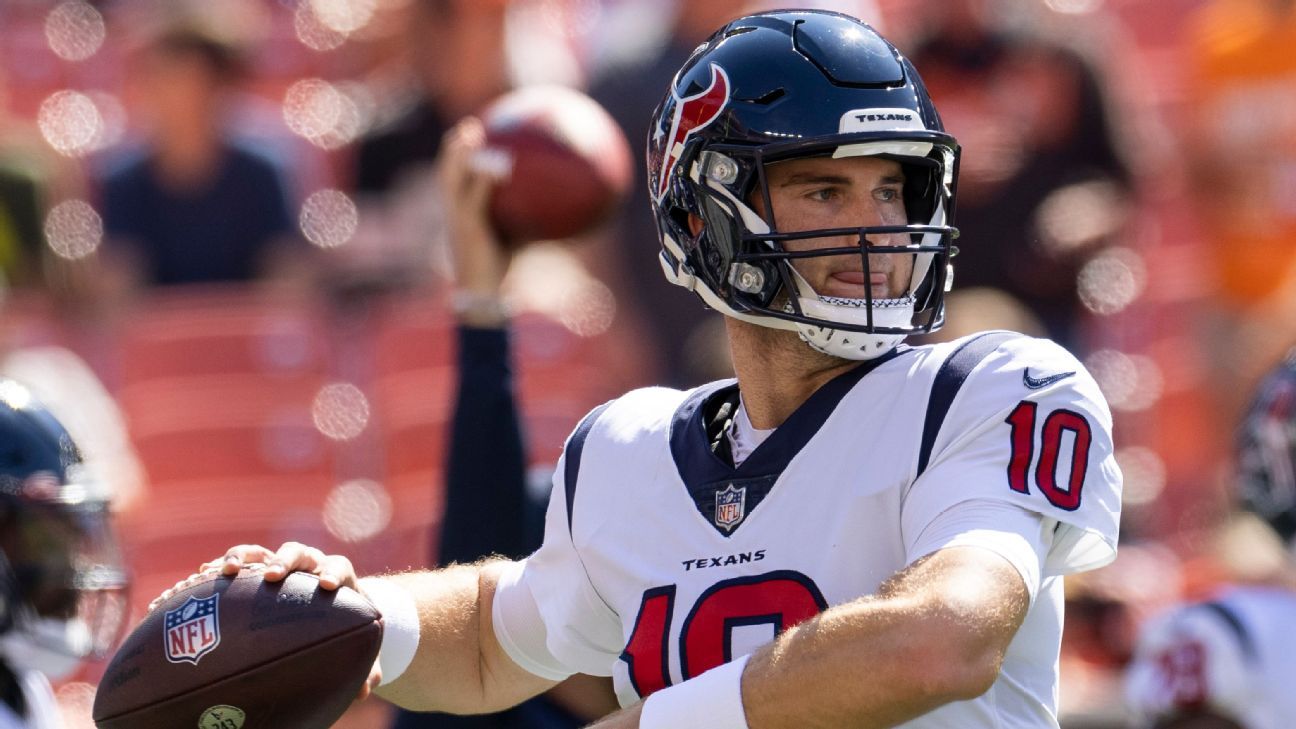 Texans to start rookie Mills at QB on Thursday