Jay Leno’s Garage has featured some of the most unique and wacky vehicles in the world. But the comedian has never toured someone’s home–until now. Record-shattering rock climber Alex Honnold brought his 2016 Dodge Ram Promaster set up for camping onto the show. Leno and Honnold may appear opposites, but they found common ground inside the van life rig.

Alex Honnold is an unlikely celebrity

Since he was ten years old, Alex Honnold knew he wanted to be a rock climber. He found his niche in what is called “free soloing.” This means he climbs with no rope and no climbing partner. He has set numerous climbing records. His 2017 ascent of Yosemite’s 7,573-foot El Capitan face was the first free solo of its kind.

The New York Times called the climb “one of the greatest athletic feats of any kind, ever.” National Geographic documented Honnold’s attempts on El Capitan. His successful climb led to the Oscar-nominated 2018 film: Free Solo and catapulted Honnold into the spotlight.

But Honnold was an unlikely celebrity. The El Capitan record is the result of a fifteen-year monklike existence dedicated exclusively to free soloing. Honnold’s career began in earnest when he dropped out of college and lived out of a hand-me-down minivan while climbing in National Parks. His life became a high-mileage quest of pursuing perfect climbing conditions around the country. When the van broke down, he lived in a tent until he had enough money to buy a 2002 Ford Transit. Honnold outfitted his Ford with a cooler and sleeping bag and lived out of it for years. Then, after Honnold put 190,000 miles on the Ford, it too gave out. That’s when he bought the 2016 Ram ProMaster.

RELATED: 5 Best Rooftop Tents For Overlanding — According to Popular Mechanics

When Alex Honnold gave Jay Leno a tour of his converted Ram ProMaster, the retired Tonight Show host immediately keyed in on the impressive craftsmanship. Honnold explained that his friend and fellow climber, Mason Earle, built the van’s interior.

Earle outfitted the tiny RV with a propane stove and a refrigerator. Lightly stained wood cabinets store all Honnold’s food and gear. Earle’s artistic touches include rock climbing cam lobes repurposed as cabinet latches. Earle finished the cabinet doors themselves in excess metal reclaimed from the Black Diamond factory. Earle even etched the profile of El Capitan into one of the van’s doors to inspire Honnold. Honnold describes Earles as both a craftsman and an artist.

Honnold’s bed (a significant upgrade from his minivan days) stretches across the rear of the van. He calls it his favorite place in the camper. Beneath the bed, Earle installed drawers accessible from the back of the van.

Honnold has “all the climbing gear you would need for an expedition stowed in the drawers and rear cargo area.” This includes thousands of feet of rope, two pairs of skis, a huge drawer of climbing shoes, another drawer full of cams and carabiners, and camping gear for any weather.

RELATED: Is Sleeping in Your Car Illegal?

Honnold did not sugarcoat the harsh realities of van life. Instead, he candidly introduced a 2-liter bottle to Leno as his “urinal.” Leno decided then and there that he would need a proper bathroom to get into van life.

Honnold admitted he would have happily lived in a house if he could “teleport” it from one National Park to another. But he was driven to live the outdoor climber’s lifestyle full-time. Living in a van was the only feasible way to do that. This is because in many National Parks you can boondock, or legally park a camper van for free. As a result, Honnold had to reflect on what was truly necessary in his life.

Not only is van life cost-effective, but Honnold found it “cleansing.” He reflected that this is because “you realize how much less stuff you need.”

Living a minimalist lifestyle in beautiful National Parks, Honnold became an environmentalist. First, he installed solar panels on the roof of his ProMaster. Then, he hooked them up to a Goal Zero Yeti 400 portable power station to charge his phone and other appliances. Since then, Honnold has dedicated a third of his considerable income to renewable solar energy projects. In addition, he is a brand ambassador for electric vehicle startup Rivian.

Jay Leno seems to approve of Honnold’s mission. Leno is also an early adopter of renewable technology. He bought one of the first Chevy Volt plug-in hybrids and commuted in the car for a year without buying a single tank of gas. Leno insists that “the electric car is here to stay.”

Leno called Honnold a true “superstar” and the definition of “true grit.” Leno concluded that Honnold impresses him because he “likes people that are committed to something.” 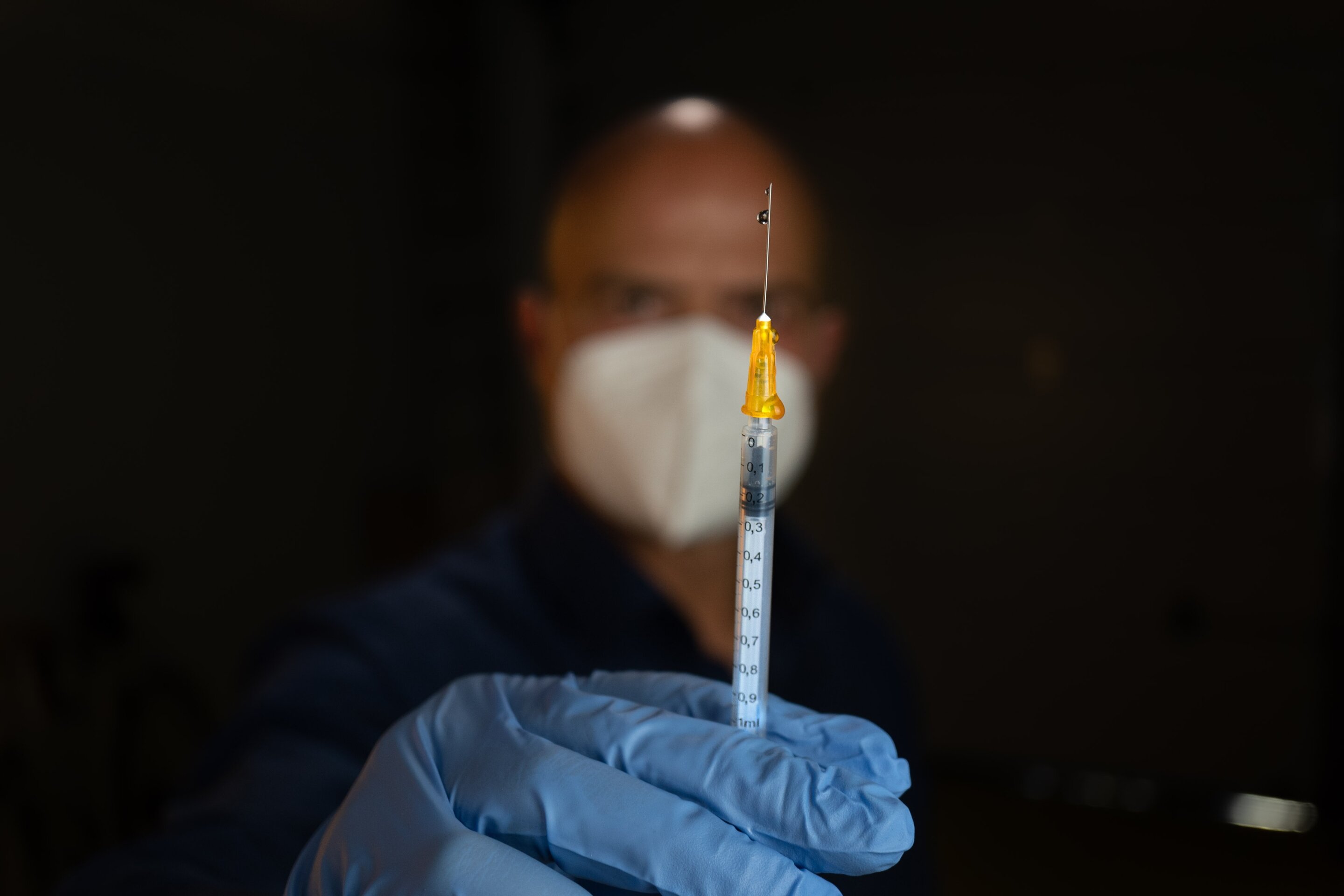 COVID-19 boosters are safe and increase immunity when given after two doses of AstraZeneca or Pfizer, trial shows
26 seconds ago